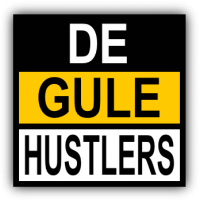 The phonebook is dead! I know this for a fact because the tactics they use to get new paying customers are lies and deceit and this is exactly what happened to me.

I get a call from Trine Jensen from De Gule Sider. The first thing I say is:

I don't want to buy anything

She then tells me that as a new thing they now also list companies web addresses and asks me for my company web address which I then tell her is grepmasters.com. Note that I specifically stated that I didn't want to buy anything nor did I agree to anything.

As agreed on the phone I here by send you an overview of your adds...

I didn't agree to anything, so WTF? Further more it states that

If we don't hear from you within 8 days, we'll consider the advertising agreement as approved

This is the the way hustlers work, they figure that a small invoice like this one will just slip through and not get noticed before it is too late. - Congratulations you just got your company listed with url in a paper1 phonebook and on a site no-one will ever use to find a company like mine. If people want to find my company by name, they'll typically use google.2

I finally get the time3 to call De Gule Sider4, I get transferred to Trine Jensen who at first plays hardball and tries to convince me that it is too late and that the 8 days had passed already5 and that I have to pay. I didn't agree to anything and wasn't informed that I had to pay to have my company url listed, a service I neither need nor want. I can't see why an arbitrary 8 day response time even applies to me since I didn't agree to anything! I insist that I'm right, she talks to a supervisor and she finally agrees to send med a cancelation of the order.

So now I have to waste even more time7 wrestling with De Gule Sider, damn scammers... Fortunately the ombudsman has already made a statement that says that De Gule Sider have to prove that an agreement was made, which they can't do since I didn't agree to anything either verbally nor in writing.