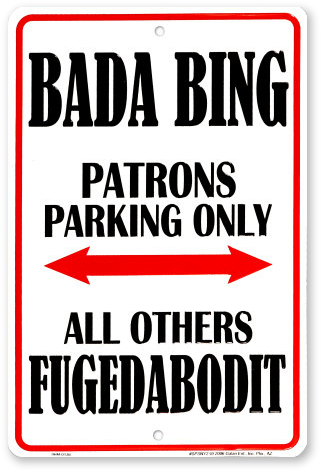 So Microsoft released a new search engine called Bing. Yes that's right Bing, what an awesome name... or maybe not. They named it Bingbecause they want people to make it in to a verb like "to google", but I don't see that happen any time soon - I certainly don't want anybody "to bing" me. But how does it compare to the competition? Well I tried to bing my self ((No! - That really doesn't sound right - People might actually be offended by it...)) today and these are the top 3 urls it returned: 1. http://olrik.dk/ 2. ****http://search.cpan.org/\~djo/ 3. http://david.olrik.dk/sitemap.xml.gz ((Note: I did not make this a clickable link, because unless you are a search engine it won't make much sense to you))

Our family website, my Perl modules on CPAN and what? A gzipped XML sitemap, what am I going to do with that? I'm not a search engine!  - Not exactly what I had hoped for, especially that third link makes absolutely no sense at all. By comparison this is what Google gave me for the same search: 1. http://david.olrik.dk/ 2. [intlink id="602" type="post"]http://david.olrik.dk/2009/03/28/a-new-perspective-on-gtd/[/intlink] 3. http://twitter.com/davidolrik

Three links that are very relevant to the search for me. I know Bing is still in beta, but so is Google ((btw. Thank you Google for ruining peoples perception of what beta software means)) or at least they claim to be. As usual Microsoft is arriving too late in the game, but they do get some points for trying ((Microsoft today, is way better than Microsoft 10 years ago)). I went through the first 10 pages of results on Bing without finding a link to this site, and at least half of the results were not related to me in any way and that's not an acceptable result for a search engine. So am I going to be using Bing any time soon ? ... Fugedabodit ((You need to use a bad Italian accent for this word to give meaning))!